End of year 2018: Shadow Lullaby, Endless wall to wall carpet, The Love of the Sun

I came to videopoetry by pure chance in the middle of 2014, after making short experimental and narrative films on and off for about 30 years. Since that time, this unique genre has completely rejuvinated my film-making, returned my love of it to me at a time I felt it was all close to expiry. In the past four-and-a-half years, I have made over 60 short videos, more than the sum of my film-making over all previous decades. I am so grateful to have been welcomed by the international community of film-makers, poets, curators, editors and audiences that, like me, have come to love this specialised area of film-making. Grateful too for the captivating videos and poems by other artists that have inspired and influenced me over recent years.

Just a couple of weeks ago, I completed judging the first Atticus Review Videopoem Contest, an event that will now be added to the international videopoetry calendar for future years. Atticus is an online poetry journal coming out of the USA with a large and wide readership. It is one of the few poetry publications worldwide to feature videopoetry as an ongoing feature. It was an honour to be invited by the editors (David Olimpio and Matt Mullins), to be part of kicking off this first year of the contest. I found great pleasure in watching, and sometimes re-watching, the 115 videos sent in to us. The quality was high. In fact, as a film-maker myself, the rich creativity of my peers was humbling, in a good way. And so it was a challenge to select only four awarded videos. These were my final choices: Things I Found in the Hedge (first prize), Qué Es El Amor (What Is Love) (second prize), The Whole Speaks (third prize), The Cleanest Hands (honourable mention). I hope you appreciate them as well.

In 2018 I have completed and/or publicly released 11 videos, along with a few others that, for various reasons, are currently only available for private viewing. Here are the latest three releases I have not yet discussed on the blog...

This video forms part of a larger, international film poetry project called 'Wild Whispers'. It started with a poem, 'Frog on Water', by UK writer, Chaucer Cameron, who is also the overall project producer. This poem was first made into a film by Helen Dewbery, also in the UK. That poem and film led to 15 different poems, in 12 languages, giving rise to 12 poetry films from around the world. The process of making the films involved passing the poem from one country to another, with each film-maker receiving it untranslated from the previous language, without being allowed to read the original piece. I was invited to be film-maker for the Australian film in the series. The first step was receiving Chaucer's poem translated into the Urdu language. As I had no opportunity to read the poem in English, my first task was to find a translator in Australia. I had difficulty finding someone who had skills in both Urdu and English, as well as a feeling for poetry. So, in discussion with Chaucer, I elected to go with a technical translation of the Urdu text into English via a professional translation agency. After that I invited Candida Baker, with whom I'd previously made two videopoems, to become involved in re-interpreting this literal, very unpoetic and partly incomprehensible English translation, into a new written form and meaning. This led to our film, which we titled 'Shadow Lullaby'. The inspiration for the title came partly from the musical piece included in the film, a pre-existing track by Gurdonark entitled 'Post-Industrial Lullaby'. The title of the music has a coincidental relevance to the meaning we arrived at for our version of the poem and the film. After two years in the making, the overall 'Wild Whispers' project is now complete. I have since had the pleasure of watching all films in the order of their production, and to follow the poem through its fascinating journey of mutation through languages and diverse filmic/poetic sensibilities. I highly recommend this viewing experience from film to film, that takes us through a unique landscape of cross-cultural exchange.

This piece was made for the Zebra Poetry Film Festival in Germany. In each of its biennial editions, the festival calls for film-makers internationally to respond to a 'festival poem', which is made available along with a voice recording and English translation. This year's poem was 'Endless wall-to-wall carpet (of the VIP foyer)' by Ann Cotten. The original language of the poem is German and Ann's voice performance in my video is in German too, with English subtitles. The poem seemed to me to be very unusual, describing a microscopic view of carpet as a metaphor for wider societal observations. I found humour in this, as well as deeper commentary and even an expression of personal sadness in the face of the world. The voice performance was fast, almost breathless. I often work with much slower readings and elongate them further in the process of editing voice with music. These immediate impressions I had of poem and voice led me to adopt a playful, experimental approach to adapting the poem to the screen. As with many of my videos, I started with the music and voice. The process of searching for an existing music track to work with led me to Gurdonark's 'Insect Love'. Like all of his music, this was generously published on a Creative Commons remix licence, allowing me the legal freedom to adapt it for the video and to distribute once completed. Once I had cut the music and voice together, I turned attention to the image track. Here I sourced still images from a range of different photographers on Flickr. These were also all licensed under Creative Commons. I edited them tightly with the rhythms of the soundtrack, which contains sharp and unusual variations. I had already slowed down Ann's reading by separating the spoken phrases and placing them within the discrete musical parts, creating short aural spaces in between that contained only music and no vocals. This created enough duration to express the poem visually, while still maintaining Ann's sense of urgency in the reading. Even with the extended time in the reading, the video only comes in at 1 minute 50 seconds. It is a fast piece. This is the third time I have specifically made videos for festivals. Each of them has involved working in a language I do not speak. In each case, I have approached this with a combination of close phonetic listening, and comparisons of the original text and its translation. Each video has required subtitles back into English, which I constructed using a similar method. My video of 'Endless wall to wall carpet', was selected for screening as a finalist in this otherwise non-competitive section of the overall Zebra festival program. It is the first time I have had work selected for this event, the largest poetry film festival in the world. It was a delight to be part of it.

The Love of the Sun

Matt Hetherington is a poet in Murwillumbah, New South Wales, a town about an hour by car or bus from where I live on the Gold Coast, Australia. Over about the past eighteen months, we have collaborated on three videopoems. Almost all my videos over the past several years have involved internet collaboration rather than meeting in person, and the majority have been from poems by writers in other countries. The main exceptions to this are three videos made with Candida Baker (who lives in the same rural region as Matt), and those with Matt himself. This has been a very welcome development for me. Not only have I created more work based around local Australian poetry, but in the process I've made friends I can physically see (and occasionally hug). This latest video with Matt represents a new direction in my film-making and a return to shooting my own camera footage. In all other videos over the past four to five years, I have worked with pre-existing moving and still images that I've accessed via Public Domain, royalty-free and Creative Commons licences, or by direct permission of artist-collaborators, again mostly via the net. So when Matt started staging book launches in various Australian locations for his latest collection, 'The Love of the Sun' (Recent Work Press 2018), I became keen to pick up a camera again to document his live performance at one of these events. The opportunity to do this arose in late November at the Murwillumbah launch. Nigel Wells, who I live with, had just purchased a new 4K video camera, and made the mistake (he now says) of telling me I was free to use it whenever I wish. It wasn't long before I took up his offer! For this first attempt at documenting live poetry, I chose to approach things simply, putting the camera on a tripod and filming in a single static framing. As it's turned out, I find this to be a satisfying way of capturing spoken word performance, as I think it invites stillness in the viewer and a deeper appreciation of the poems and live presentation. The video contains six of Matt's poems from his new collection, each discretely presented as individual performances, with title breaks in between. There is no music, only Matt's rich voice and presence, the response of the live audience, and some street noise on the day that at times made the small country town seem like a metropolis (the launch took place on the balcony of The Regent Cinema, overlooking a road). This latter required significant work on the soundtrack to minimise intrusive noise. There are still some traces of this but Matt assures me that background sound like this adds to the live ambience of these kinds of videos. Matt's poems and performances are much more interesting than what I did with the video of them, which in a way seems as it should be for this kind of piece. I hope you will give the poems their well-deserved attention, and also support him to write more if you can, by buying his finely written book.

This year 17 international festivals and events screened 18 of my videopoems. Another seven short films I made between 1984 and 2002 were part of a retrospective of my film-making over the decades at Artist Film Workshop in Melbourne. The program was curated by Chris Luscri, and was a highlight of my year. One of these films ('Maidenhead', 1995) was then invited to screen in a much larger venue, with the feature film, 'Desperately Seeking Susan'. This was part of an exhibition series staged by the Australian Centre for the Moving Image (ACMI). There were a number of online publications featuring my work: Moving Poems, Atticus Review, Gnarled Oak, Bareknuckle Poet, Verandah, Via Negativa, Pure Shit, ooteoote. In an attempt to give some new life to the ghost town that has been my YouTube account, I also added about 30 videopoems there for anyone who prefers viewing on that site (Vimeo is my own site of choice as a film-making base).

It's been a good year for film-making. Huge thanks to collaborators, contributors, festivals, curators, editors, and those interested in viewing or reading about what I've been up to. Thanks to fellow film-makers who have filled my eyes and ears, mind and heart, with inspiring films/videos, and to the poets whose work has given rise to them. Happy new year to all. See you again in 2019. 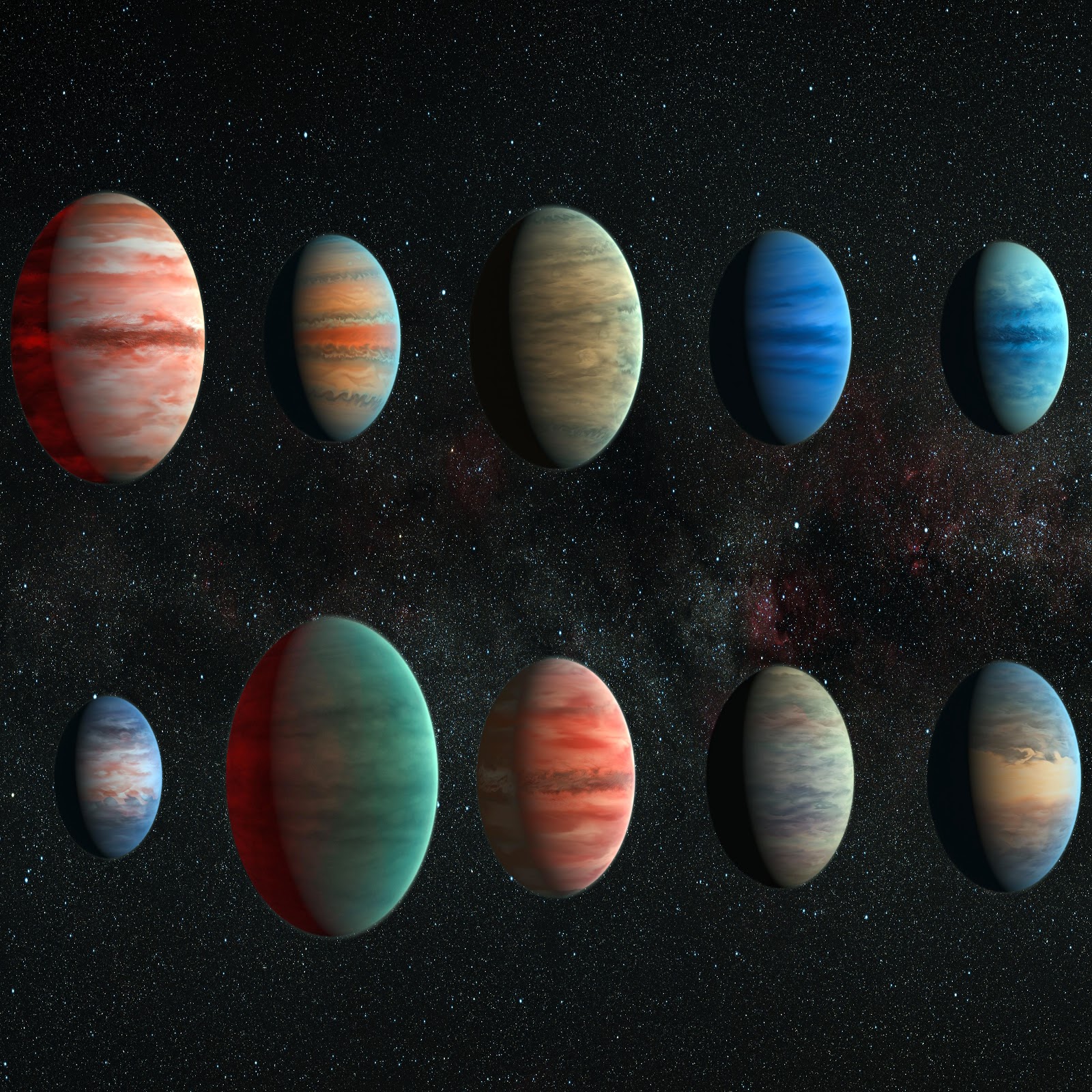